Are Gaming Consoles The Next Residential Energy Management System Platform? 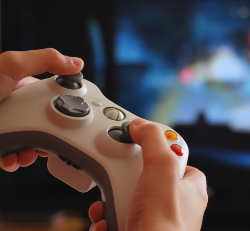 Xbox 720 and PlayStation 4 always on consoles: the next residential energy management platform?

The next generation of gaming consoles from Microsoft and Sony are to be released over the next year (or so). With speculation abound on features and functions for both the PlayStation4 and rumored Xbox 720 (the name is even a rumor), there are some very interesting features that should catch the interest of energy management system providers. First, it’s no secret that console makers have been positioning to make the “gaming console” the home entertainment gateway with a range of functions, such as on demand and live video services. Both Xbox and PlayStation have incorporated successful 3rd party applications from Netflix, Hulu, Amazon, and others. Incorporating 3rd party apps is so important that Microsoft has merged development of Windows 8 Apps to be compatible on the Xbox platform.

Opening up App development on the Xbox platform (with Windows 8) means that a range of residentially focused devices on a network may be aggregated through a common user interface. The millions of existing Xbox 360 consoles and the millions of Xbox 720 consoles that are likely to be shipped on release present a very large opportunity for App developers. And Microsoft’s evolving SmartGlass will play an important role for some Apps, easing the enablement of smart phones control.

The most important console possibility for residential EMS: the always on console. Energy management solutions generally require a gateway function, often coupled with managed or cloud services to optimize energy management control. The always on function on the next generation console enables a central control point; the possibilities are staggering.

Why this is important

Makers of Consoles want to be the center of attention, and in many homes they are the primary visual interface. So much so, that cable providers are beginning to offer content through the Xbox (and other) platform, e.g. Comcast’s Xfinity App. Apps are an important strategy for content providers to control the value chain of programming. Most are beginning to understand these days there is “no ring to rule them all” and that customers are starting to require content when and how they want it. Netfilx, Hulu, and now RedBox are proof pinots of this (yes, Redbox now has a streaming App for Xbox). There are a lot of fundamental enabling technologies, such as broadband Internet access, wireless technologies, and inexpensive hardware components. Energy management systems providers have an opportunity to develop residential products and services utilizing console platforms.

Consoles are one of the main center points of attention with significant mind share of the x, y and z generations, these platforms represent a huge market opportunity.